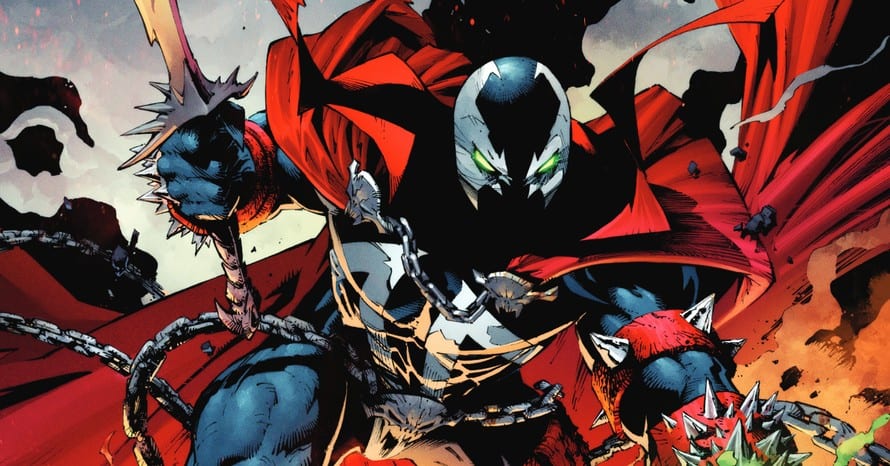 Todd McFarlane’s Spawn reboot appears to be back in development with Brian Tucker on board as its latest writer.

A Spawn reboot has been in development since 2017 with comic book creator Todd McFarlane set to direct. At one point, Jamie Foxx and Jeremy Renner were attached to star in the film. However, the project never got off the ground, but it seems the comic book film is now back on the table over at Blumhouse Productions.

Per The Hollywood Reporter, Broken City and The Fugitive remake writer Brian Tucker has joined the project. There’s no word on if Jamie Foxx and Jeremy Renner will be part of this latest iteration. Todd McFarlane is also producing the Spawn reboot with Jason Blum. Carla Hacken will serve as an executive producer.

In addition to the live-action reboot, a Spawn television spin-off is also in development that is set to follow Sam and Twitch. Todd McFarlane still has a hand in the comic book world as well with the upcoming first issue of King Spawn breaking preorder sales for Image Comics.

Here is the synopsis for the 1997 Spawn film:

How can you fight for right in a world so steeped in evil? How can you protect those you love most from all that can do them harm? A man trapped between life and death is struggling to save the lives of his most beloved as the cloak and chains of Spawn explode onto the screen in a deadly tornado of untapped, unwrapped, merciless power.

Spawn is available on Blu-ray, DVD, and digital. Stay tuned for all the latest news on the upcoming reboot from Todd McFarlane and be sure to subscribe to Heroic Hollywood’s YouTube channel for more original video content.