Mission: Impossible 7 star Tom Cruise opened up about the risks of filming the most dangerous stunt in the sequel.

The latest issue of Empire Magazine puts Tom Cruise front and center as the star opens up about working on Mission: Impossible 7 and the problems the production has faced in the last year. One photo from the issue sees the star riding on the side of a train in typical Tom Cruise-fashion, because although every actor likes to say they do their own stunts, the Mission: Impossible star really does.

Footage circulated online months ago of Tom Cruise doing stunts for Mission: Impossible 7 – and the star opened up to Empire Magazine about the challenges that came with one particularly risky sequence. He explained that there were a number of risks that came with riding a motorbike off a ramp, including the wind, the helicopter filming it, or what would happen if he didn’t pull his parachute in time. Take a look below.

“If the wind was too strong, it would blow me off the ramp. The helicopter [filming the stunt] was a problem, because I didn’t want to be hammering down that ramp at top speed and get hit by a stone. Or if I departed in a weird way, we didn’t know what was going to happen with the bike. I had about six seconds once I departed the ramp to pull the chute and I don’t want to get tangled in the bike. If I do, that’s not going to end well.”

Take a look at the photo of Tom Cruise from Empire Magazine below. 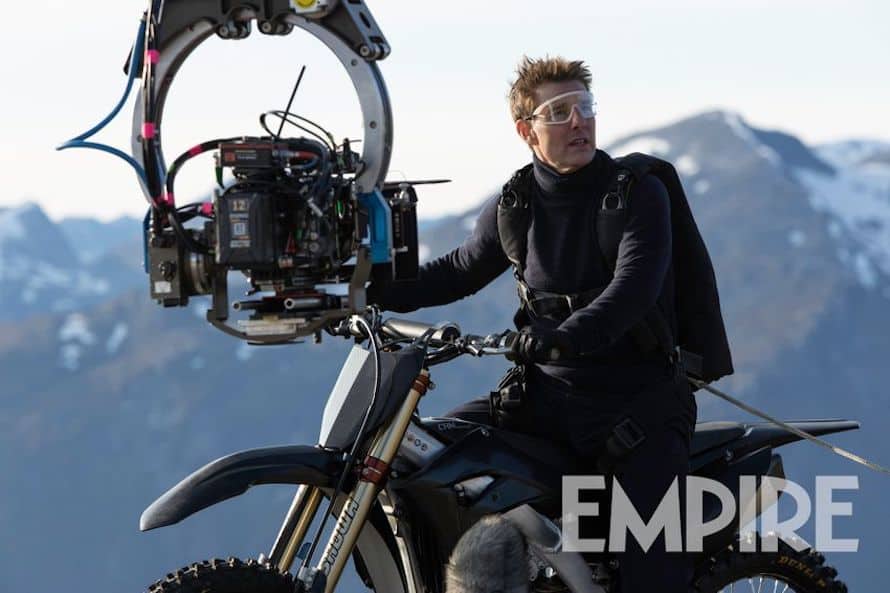 What do you make of Tom Cruise’s words? Are you excited to see Mission: Impossible 7? Sound-off in the comments below!

Mission: Impossible – Fallout is now available on Digital HD, 4K Ultra HD Blu-Ray, Blu-Ray, and DVD. The next installment in the series is dated November 19, 2021. Stay tuned for all the latest news surrounding the upcoming Mission: Impossible film and be sure to subscribe to Heroic Hollywood’s YouTube channel for more exclusive video content!