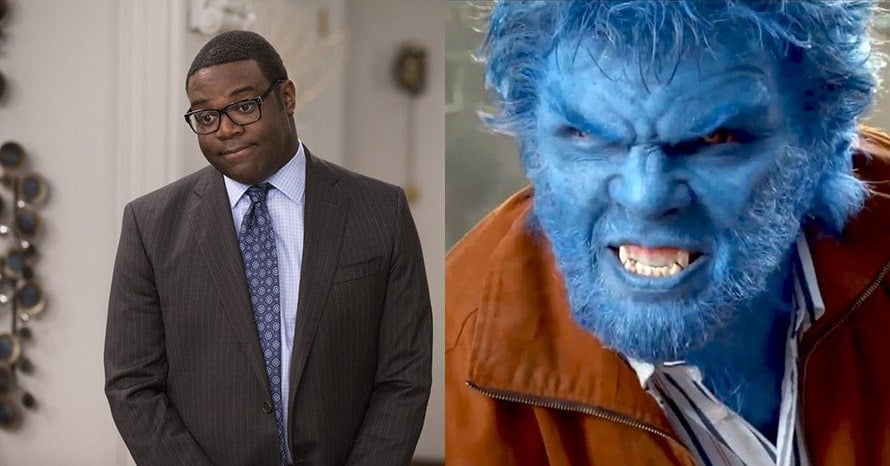 Fans are still waiting to hear about what Marvel Studios has for the X-Men following the Fox acquisition, but it could be some time before any concrete news arrives, as earlier this year Kevin Feige explained that the reboot is still being discussed by the studio. But if/when the mutants make it to the big screen, Veep star Sam Richardson wants a shot at playing Beast in the Marvel Cinematic Universe.

Beast was played by Kelsey Grammar in the original Fox trilogy before Nicolas Hoult starred as a younger version of Hank McCoy during X-Men: First Class, Apocalypse and Dark Phoenix. Sam Richardson briefly spoke to Variety about playing Beast in the MCU’s X-Men, comparing Hank to his character on Veep, Richard Splett – albeit with blue hair and superpowers.

“I think Beast is like a big blue-haired Richard Splett,”

Would Sam Richardson make a good Beast in an X-Men reboot? Who else would you like to see next to the Veep star? Sound-off in the comments below!

Here is the official synopsis for X-Men: Dark Phoenix:

Stay tuned to Heroic Hollywood for the latest news regarding Sam Richardson and Beast, and be sure to subscribe to our YouTube channel for more original video content!