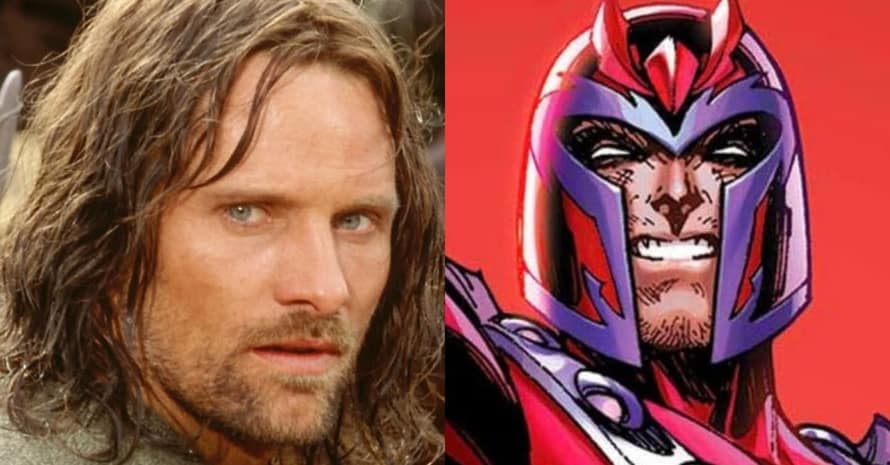 Lord of the Rings star Viggo Mortensen is imagined as the next Magneto for Marvel Studios’ potential X-Men reboot.

Based on the most recent episode of WandaVision, Marvel Studios might be going the multiverse route with their introduction of the X-Men. For Magneto, that means we could see the return of either Ian McKellen or Michael Fassbender. With so many questions regarding the future of the X-Men franchise, some have also started to fan-cast major characters if there is a true reboot. One name that has been thrown out for Magneto is another Lord of the Rings star in Viggo Mortensen.

Magneto is arguably one of the greatest villains in the Marvel universe, and it’s hard to imagine Kevin Feige will leave him out of their X-Men plans. It was reported years ago that Viggo Mortensen was courted for Man of Steel to play General Zod. Since that didn’t pan out, perhaps The Lord of the Rings star could make his way to the Marvel Cinematic Universe. New fan art from BFHDesign gives us an idea of what Mortensen could look like as Magneto, and you can check it out below.

Do you like the idea of Viggo Mortensen playing Magneto? Sound-off in the comments section below!

Here is the official synopsis for X-Men: Dark Phoenix:

Stay tuned to Heroic Hollywood for the latest news regarding Magneto, the X-Men, and be sure to subscribe to our YouTube channel for more original video content!