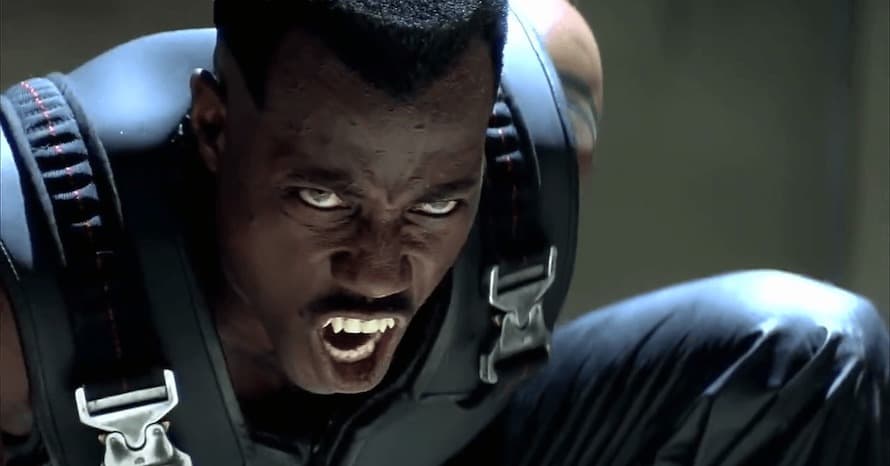 Although Marvel Studios’ is working on a brand new version of Blade starring Mahershala Ali in the titular role for the Marvel Cinematic Universe, the star of the original Blade trilogy, Wesley Snipes is focusing on his future projects instead of looking backwards. And when speaking to UPROXX, the star also confirmed “I don’t have any involvement” with the upcoming Marvel film. Snipes also revealed that he’s working on a franchise he’s referring to as a “Blade-killer”.

“We have two things/ We have one which is a female action franchise. And also what we call our Blade-killer, our Blade on steroids. And we set our character in the world of shape-shifters and a little bit of time travel. But the action is going to be … Well, we did white belt action in Blade. Now we’re going to do black belt action.”

Wesley Snipes also explained that he fondly remembers his time working on the Marvel trilogy, pointing out that the techniques they used in filming the action horror movie have become the industry standard for comic book movies. Snipes also pointed out that since technology has progressed even further, his new project will be even more exciting.

“It’s wonderful what we did, but, brother, we’re so much better than we were then. So much better now than we were then. Yes, indeed. And we’ve got more tools. Some of the things that were innovated in the Blade franchise in the first film are now standard in the Marvel universe and all of these other action movies. And the technology allows them to do a lot of things we couldn’t do then. Now give us the technology, and we’ve already got the skills and the flavor. It’s popping, baby!”

Are you excited to see Wesley Snipes’ mysterious project? What do you want from the new MCU film? Will it live up to the classic Wesley Snipes movies? Sound-off in the comments below!