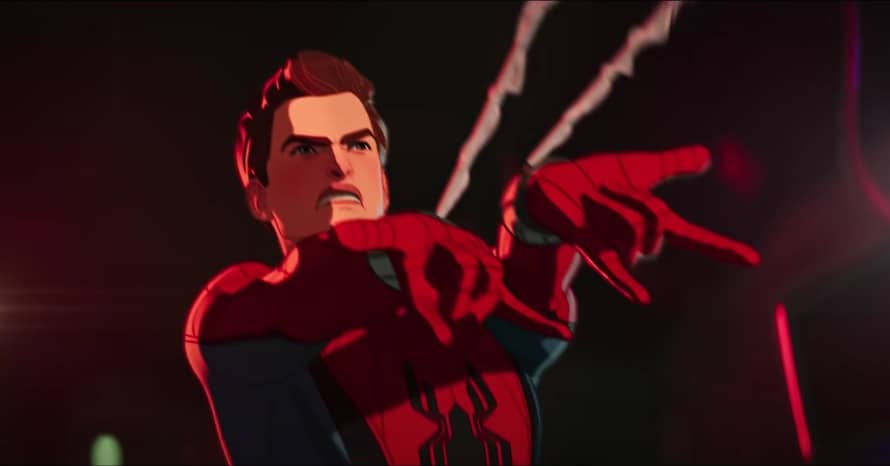 The creators of Marvel Studios’ What If…? discussed how they were able to use Spider-Man.

When it comes to the big screen outings for Spider-Man, the rights for the standalone films belong to Sony Pictures. Since 2002 with Sam Raimi’s original Spider-Man starring Tobey Maguire, Sony released nine movies centered on the webhead and/or characters part of his mythology from the comics. Spider-Man would eventually swing into the MCU in Captain America: Civil War, and is set to make his return in the highly-anticipated new animated series What If…?

Given the nature of Sony Pictures and Marvel Studios’ deal in using Spider-Man on film, What If…? creator A.C. Bradley and director Bryan Andrews wondered whether or not they would be allowed to use the character in their new show. It turns out that Marvel just wanted them to focus on crafting a quality story for the character rather than worry about whether he could be used in the first place. A.C. Bradley and Bryan Andrews told Uproxx:

A.C. Bradley: I think that works with “people above our pay grade.” Though, I think I did ask that early on. I was like, “Can we just touch Spider-Man?” And they went, “Don’t worry about it. We’re going to figure it out. Just tell the best story you can, and we’ll cross that bridge.” That was kind of the mandate across the board with Marvel: As long as you’re not doing something that we’re doing in the movies, go have fun and we’ll figure it out.

Bryan Andrews: No, they want the quality. They want to go for the quality and they’re like, “Yeah, let’s go. And all that BS is stuff that we have to deal with.” It’s like, “We’ll deal with that. Don’t worry about it.” Which I think that’s awesome. From day one on all their projects, it’s quality all the way down the line. You know what I mean? And that’s great.

What If…? will bring Zombie Hunter Spider-Man to life in one of the nine episodes of the first season. It sure sounds like it will continue the trend of series such as WandaVision and Loki in bringing more of the fantastical elements of the comics to life in new and exciting ways.

What If…? will premiere on Disney Plus on August 11. Episodes will be released weekly. Stay tuned to Heroic Hollywood for all the latest news surrounding the Marvel Cinematic Universe, and subscribe to our YouTube channel for original video content!