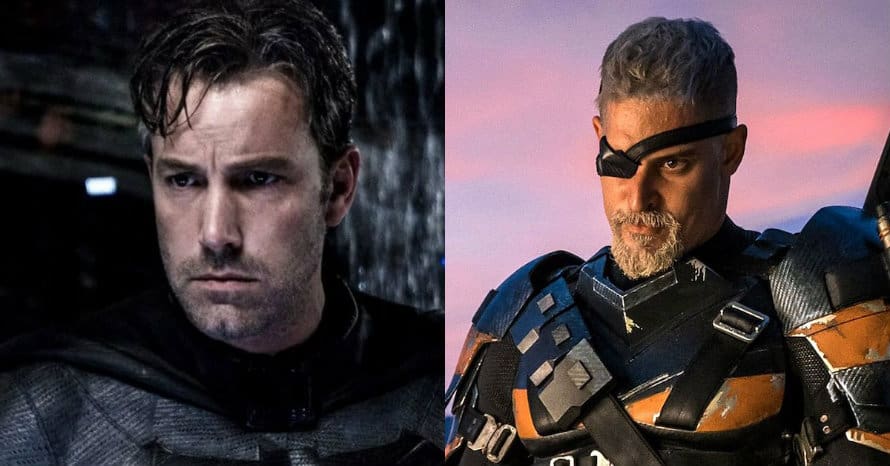 As many DC fans already know, Ben Affleck was originally set to direct his own solo movie, The Batman, which would’ve seen Joe Manganiello’s Deathstroke systematically dismantle the Caped Crusader’s life. Although the project has obviously since transformed into a new version of the hero starring Robert Pattinson, the idea of a Batman v Deathstroke movie was a fascinating one. And when appearing on the Jon Doe Movie Reviews YouTube channel, Zack Snyder revealed that he still hopes the project comes to frutition.

While Ben Affleck’s Batman will next be seen in Zack Snyder’s Justice League on HBO Max next year, the director explained that he thinks Warner Bros. should still go ahead with the solo movie. Deathstroke actor Joe Manganiello will also reprise his role in Justice League, and has previously teased that he’ll be working closely with the director in the future. Zack Snyder noted that he’s not sure if Warner Bros. would want Affleck to come back for a Batman v Deathstroke movie, but said it would be “so cool.”

Would you still like to see Ben Affleck’s Batman take on Joe Manganiello’s Deathstroke? Who else would you like to see in the film? What are you most excited for in Zack Snyder’s Justice League? Sound-off in the comments below!

The plot of The Batman is being kept under lock and key, but we know the film will follow Robert Pattinson as a younger Bruce Wayne, chronicling Batman during his second year as Gotham City’s Caped Crusader. The Batman will also show off the hero using his skills as a detective more than what we’ve seen before in previous versions of the character. It is also expected to be the first installment in a new trilogy of films starring Pattinson.

Directed by Matt Reeves from a script he co-wrote with Mattson Tomlin, Robert Pattinson stars as the Caped Crusader, Zoe Kravitz as Catwoman, Paul Dano as the Riddler, Jeffrey Wright as Commissioner James Gordon, John Turturro as Carmine Falcone, Peter Sarsgaard as Gil Colson, Jayme Lawson as Bella Reál, with Andy Serkis as Alfred Pennyworth, and Colin Farrell as the Penguin.

The Batman is currently set to open in theaters on March 4, 2022. Stay tuned to Heroic Hollywood for all the latest news regarding Zack Snyder, Ben Affleck, Joe Manganiello, Deathstroke and Batman, and make sure to subscribe to our YouTube channel for more video content.