SYNOPSIS: Gotham City’s elusive serial killer, the Starlet, and her mysterious benefactor reach the pinnacle of their power, terrorizing the city and teasing the GCPD with strange clues and a famous new victim. Harley goes rogue and hunts down a shocking major lead in the case, but her ruthless style backfires and she puts herself at the mercy of Commissioner Montoya for a shot at redemption. When FBI Agent Hector Quimby becomes an ally in a crucial moment, he and Harley forge a partnership that will soon take them down a familiar and ominous road. 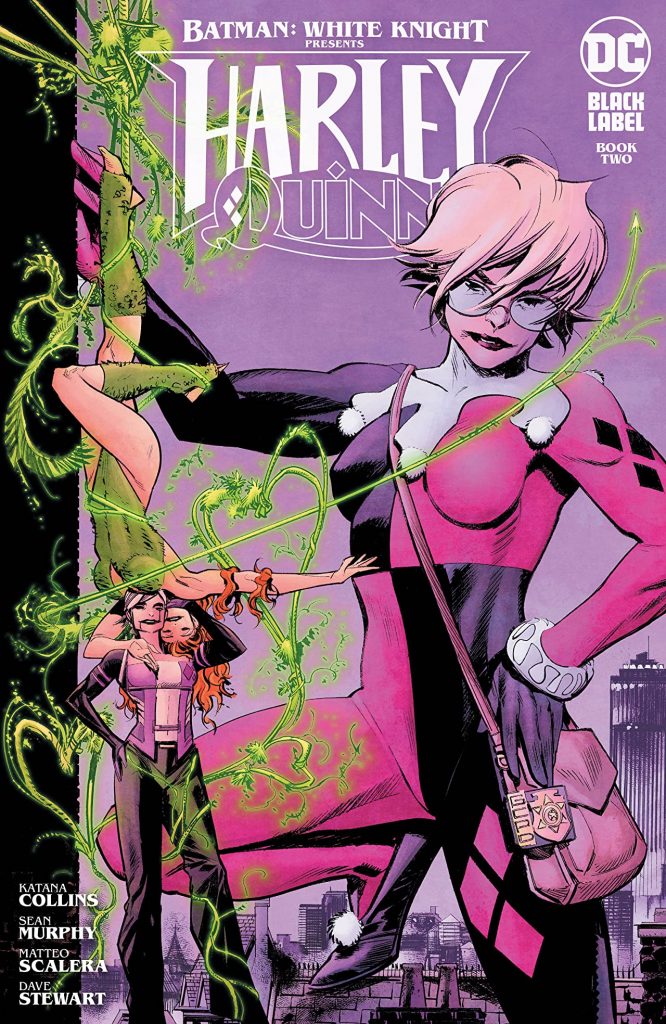 Katana Collins hit the ground running with WHITE KNIGHT: HARLEY QUINN #1 last month, and she’s settled in cruise control for the next chapter. The book opens with a bang, catching us up with Neo Joker (who we haven’t seen since the original finale). It appears Neo has some information on this new serial killer, and exchanges a week-long head start before Harley gives her up to the GTO. A short, but great, reunion of two scene-stealers from this universe.

While a series of murders are the seeds of this story, it’s the backstory of Harley and Jack that has sprouted in this issue. We get many touching moments to fill in the gaps of how these two met and evolved. Collins zones in perfectly on this relationship, and allows us to witness the struggle they have had together. Jack, trying to suppress his inner Joker, and Harley using all she’s learned to assist him (which wasn’t exactly a crowd-pleaser).

Matteo Scalera continues to shine with his artistry. I said last month it was a perfect transition from Sean Murphy because every panel here fits into this world, yet stands completely original. I really love the darker coloring, but even brightness to always see clearly and never get lost in what’s happening. The flashbacks were a highlight, as they were full of bright, lighthearted moments that added to the appeal of this relationship. A job well done.

Overall, this book continues to march along at a comfortable pace. This issue isn’t action-packed or prepping for another Gotham City Armageddon. It is, however, containing its scope, and effectively zeroing in on the characters to provide an interesting backstory.

You bet I’ll be back next issue. – Ryan Lower