Via a press release from Insight Editions to BOF. – Bill “Jett” Ramey 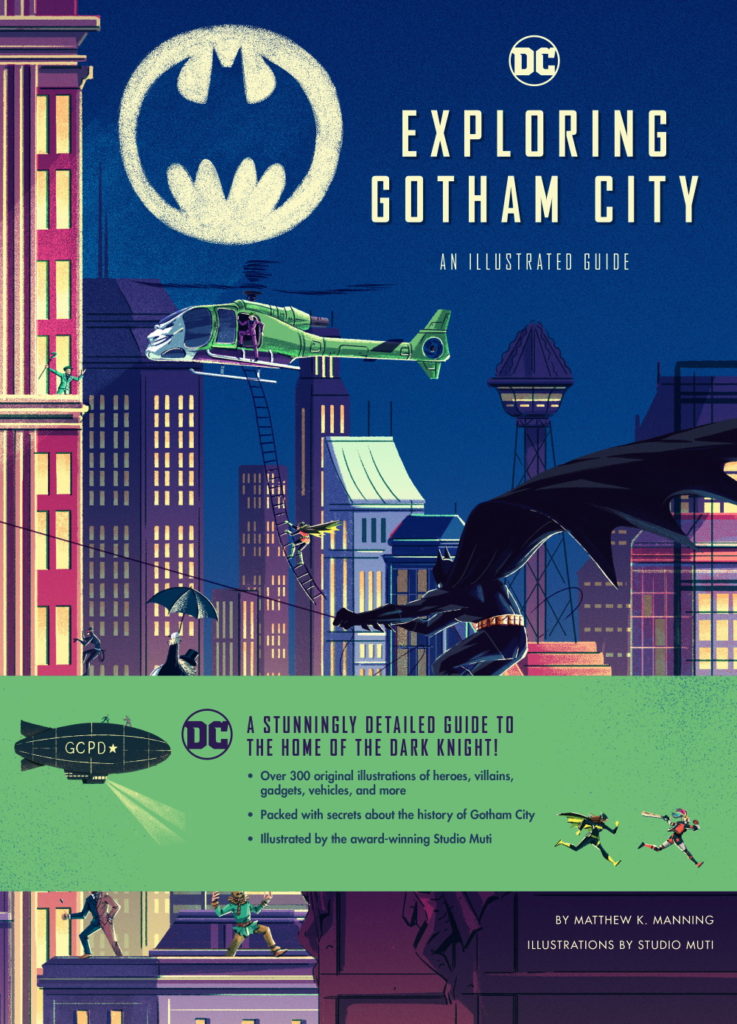 EXPLORING GOTHAM CITY combines striking full-color illustrations of Gotham City with interactive elements that reveal the secrets of the most fascinating locations from the birthplace of the Dark Knight.

Explore famous landmarks like the Batcave, Arkham Asylum, and Wayne Manor and uncover the mysteries of Gotham City.

The first in a series of large-scale interactive books that explore the iconic locations from the world of DC, Exploring Gotham City is the perfect book for readers of all ages who want to investigate the tumultuous city Batman calls home.

EXPLORING GOTHAM CITY will be released on March 16, 2021.  CLICK HERE to order.

About the Author: Matthew K. Manning is a comic book writer, historian, and fan. He has written comics for DC Comics and Marvel, including Beware the Batman, Spider-Man Unlimited, and Marvel Romance Redux. When not writing comics themselves, he writes books about the comic book medium and its rich history.