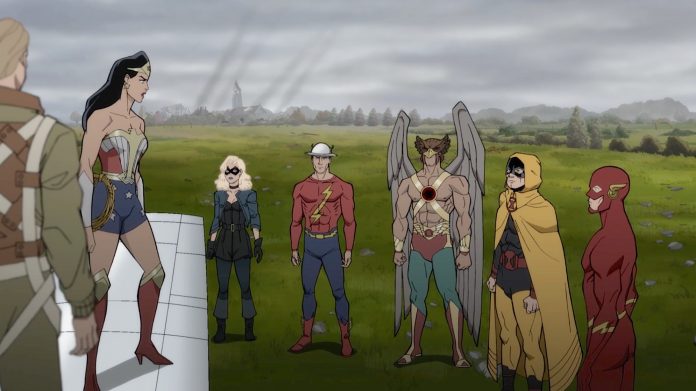 Via Warner Bros. Home Entertainment, below you’ll find a link to an all-new clip and image from JUSTICE SOCIETY: WWII featuring the entire squad coming together before heading into battle.

Produced by Warner Bros. Animation and DC, the feature-length animated “Justice Society: World War II,” the next entry in the popular series of the DC Universe Movies, will be distributed by Warner Bros. Home Entertainment on Digital starting April 27, 2021, and on 4K Ultra HD Blu-ray Combo Pack and Blu-ray on May 11, 2021.