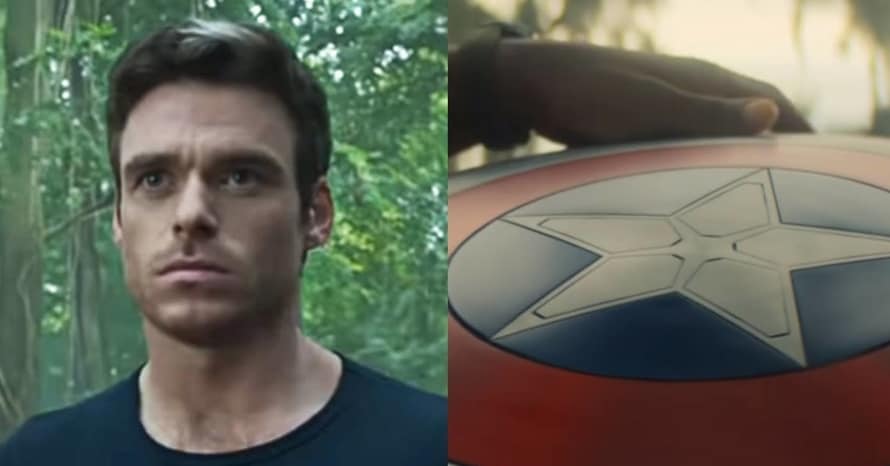 Captain America’s iconic shield appears to be referenced in the first trailer for Chloe Zhao’s Eternals released on Monday by Marvel.

Marvel Studios finally unleashed the first trailer for Eternals after a brief glimpse in the sizzle reel for their upcoming films. The Eternals footage shown in the trailer revealed another new corner of the Marvel Cinematic Universe that will be explored and brought things back home with a reference to Iron Man, Captain America, and the Avengers in the stinger.

Here’s a better look at the Captain America style shield in the Eternals! #eternals#marvel pic.twitter.com/uTWSmxtpwx

Do you think the Captain America-like shield was intentional? This is Marvel Studios we are talking about here—what could this mean? Let us know in the comments section below!

Eternals is set to hit theaters on November 5, 2021. Stay tuned for the latest news regarding the future of the Marvel Cinematic Universe, and subscribe to our YouTube channel for more content!