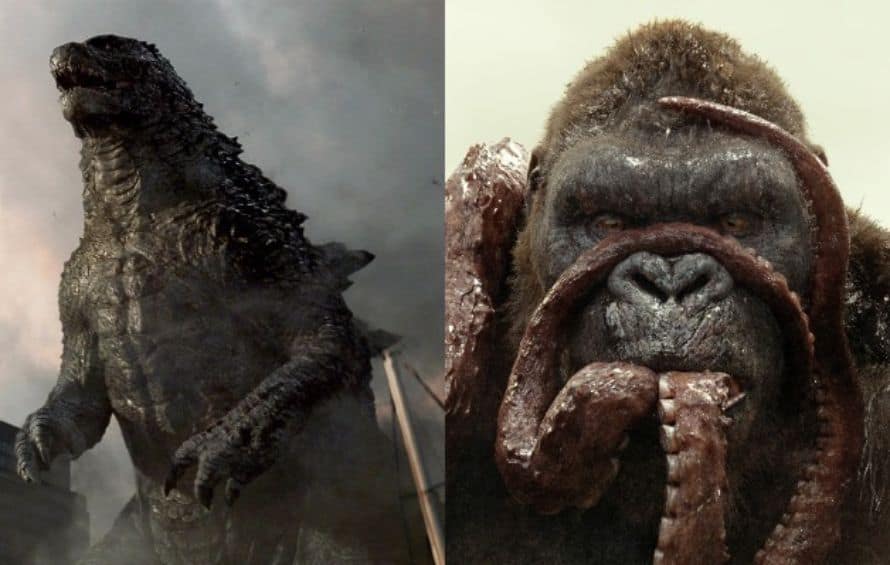 Our first official look at next year’s Godzilla vs Kong is here.

WarnerMedia is hosting a special six-hour live stream for the CCXP event, which normally takes place in Brazil but is going virtual this year due to the ongoing pandemic. During the company’s presentation, WarnerMedia revealed the first footage from the highly-anticipated Godzilla vs Kong, giving fans a look at the two titular Titans in action. Check it out below.

In addition to the footage, WarnerMedia also revealed four colorful Godzilla vs Kong posters featuring both the Kaiju and the human leads of the movie.

Godzilla v. Kong is one of the many 2021 Warner Bros. titles hitting cinemas and HBO Max at the same time. While details remain under wraps, footage shown at CCXP last December revealed Kong to have grown to nearly the size of Godzilla by the time Godzilla vs. Kong takes place. In addition, then annual toy fair in Hong Kong may have spoiled the appearance of Mechagodzilla earlier this year.

Godzilla vs Kong is set to hit theaters and HBO Max on May 21, 2021. Stay tuned to Heroic Hollywood for the latest news on Godzilla vs. Kong as we learn it and make sure to subscribe to our YouTube channel for more content!