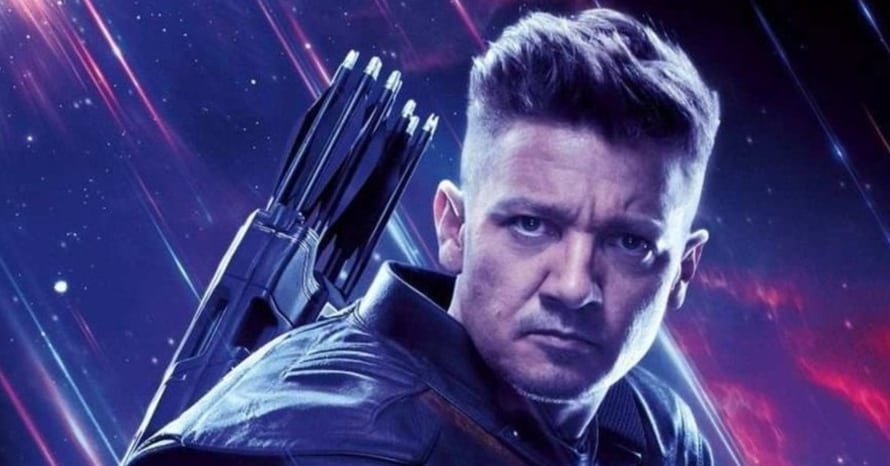 During the latest episode of Saturday Night Live which was hosted this week by Keegan Michael-Key, a sketch parodying The Muppet Show began with a parody ad for Disney Plus promoting the new Marvel Studios shows streaming exclusively on the service. WandaVision and The Falcon and The Winter Soldier are both mentioned in succession, followed by the priceless quip calling Jeremy Renner’s new show, “Hawkeye & His Boring Ass Family.”

You can watch the new Saturday Night Live sketch skewer the upcoming Hawkeye series down below:

When the first Avengers film hit theaters in 2012, many made jokes about Hawkeye and whether or not he was even useful to the team. Since then, Hawkeye grew to become more emotionally resonant with fans following his appearance in Avengers: Age of Ultron when it is revealed that he has a wife and kids living on a ranch that he enjoys the spend his time with when he’s not working with the Avengers.

What do you make of this joke from Saturday Night Live? Do you without irony agree that Hawkeye’s family is a boring part of the Marvel Cinematic Universe? Sound off in the comments below.

The upcoming Hawkeye series previously added Amber Finlayson and Katie Ellwood to its director list. Amber Finlayson and Katie Ellwood, also known as Bert and Bertie, are best known for helming Amazon’s coming of age comedy, Troop Zero. In addition, the series has also added Rhys Thomas, whose resume includes directing episodes Saturday Night Live and Comrade Detective. It is currently unknown how many episodes these three will direct.

Full details on Hawkeye are currently under wraps, though the Disney Plus series will follow Jeremy Renner’s Clint Barton as he prepares to pass the mantle to Kate Bishop. In the comics, Kate Bishop is the third character and first woman to assume the Hawkeye name.

Hawkeye is just one of the many projects Marvel Studios is developing for Disney Plus. These projects include The Falcon and the Winter Soldier, WandaVision, Loki, What If…?, Hawkeye, Ms. Marvel, Moon Knight, and She-Hulk.

Hawkeye is currently scheduled to premiere on Disney Plus in Fall 2021. Stay tuned for the latest news regarding the future of the Marvel Cinematic Universe on Disney Plus, and be sure to subscribe to Heroic Hollywood’s YouTube channel for more content!