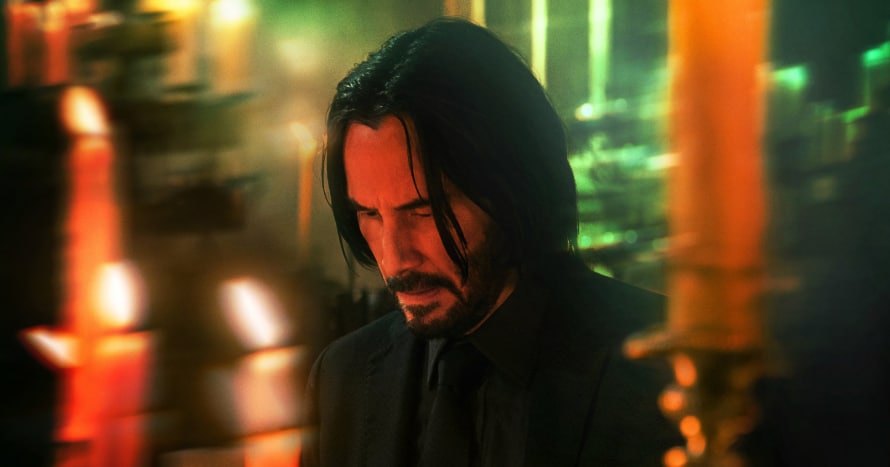 Keanu Reves takes the spotlight in the latest poster for John Wick: Chapter 4. The one-sheet was unveiled during Lionsgate’s CCXP presentation, which featured an appearance from Reeves and never-before-seen footage, which has not been released online. Check out the poster below.

Chapter 4 is the first film in the Lionsgate franchise not to be penned by John Wick creator Derek Kolstad, with Shay Hatten and Michael Finch taking over writing duties for the project. Production on the film began back in June 2021, with principal photography wrapping in October of that year. Filming took place in Europe, Japan and New York.

Keanu Reeves and other John Wick cast members recently joined the cast of the spin-off movie Ballerina. The project is being directed by Underworld and Live Free or Die Hard helmer Len Wiseman, with Ana de Armas playing its lead character.

In addition to Ballerina and John Wick: Chapter 4, Lionsgate is also working on The Continental, a spin-off series that explores the origins of Ian McShane’s Winston Scott. Colin Woodell is playing Winston, with a supporting cast that includes Ayomide Adegun, Peter Greene, Mel Gibson, Ben Robson, Hubert Point-Du Jour, Jessica Allain, Mishel Prada and Nhung Kate. The series is set to premiere on Peacock in 2023.