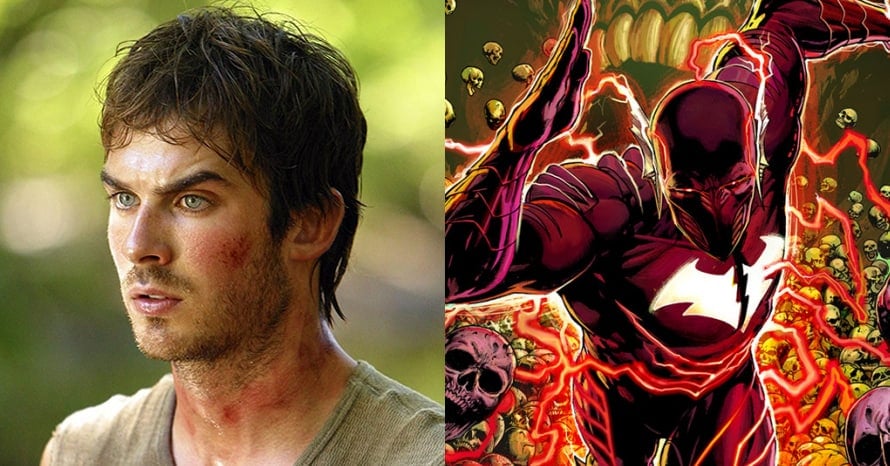 While fans of Grant Gustin’s The Flash are desperate to see where season seven goes following the dramatic ending of season six caused by the ongoing global crisis, a cool piece of fan art pictures the introduction of Ian Somerhalder to the series as an evil Bruce Wayne/Barry Allen hybrid: Red Death. Since the Godspeed mystery will be addressed in season seven it’d be surprising if The Flash introduced yet another villainous speedster to its roster after the Reverse Flash, Zoom and Savitar.

The concept design of Ian Somerhalder as Red Death comes from digitial artist “Skull101ify” on Instagram and uses a darker version of Grant Gustin’s The Flash costume alongside the villain’s bat symbol on his chest. He was briefly mentioned back in season five of the Grant Gustin series, but has yet to fully appear. Take a look at Ian Somerhalder as Red Death for The Flash below.

For those not familiar with Red Death, the character comes from Earth-52 in the Dark Multiverse. In that world, Bruce Wayne was pushed to the edge after all the Robins had been killed. He decided to steal The Flash’s speed by combining the Batmobile with the Cosmic Treadmill while strapping the hero to the front of it. Bruce and Barry then merged into one person, with the now-former-Batman overriding the Scarlet Speedster’s personality, becoming Red Death.

Would you like to see Ian Somerhalder as Red Death in The Flash? Where do you think the Grant Gustin show is heading next season? Share your thoughts in thec omments!

Grant Gustin’s The Flash is set to return next year on The CW. Here is the official synopsis for season seven:

The Flash will return on The CW in 2021. Stay tuned for all the latest news on the upcoming season of The Flash, Ian Somerhalder and the Red Death, and be sure to subscribe to Heroic Hollywood’s YouTube channel for more original content.