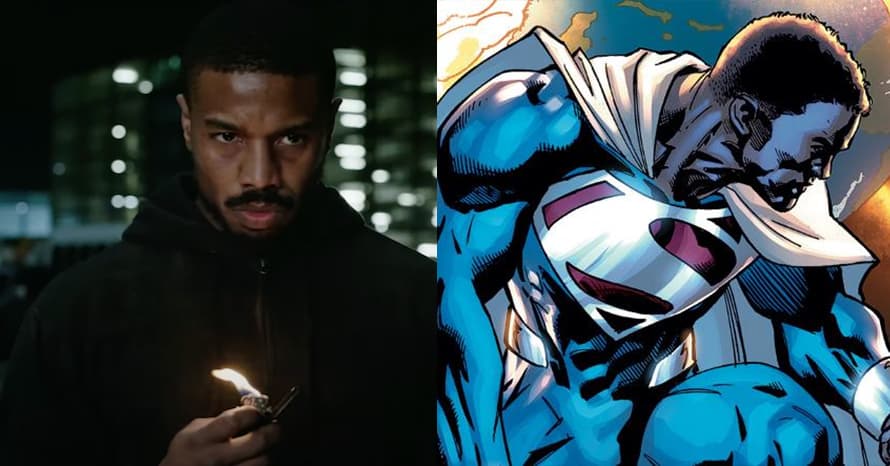 Rumors have long swirled over whether Henry Cavill would return to play Superman again in the DC Extended Universe, and although the star previously spoke out regarding his potential return there’s been no actual confirmation that he will. But a recent report revealed that J.J. Abrams and Ta-Nehisi Coates are helming a reboot of the character, supposedly eyeing up a Black lead for the new film. Since Michael B Jordan had already expressed an interest in the role, many fans are desperate to see the star step into the Superman costume.

Whether he’d play Val-Zod, the Superman from Earth-2 or if he’d just be a reimagined Clark Kent remains to be seen, but a new fan design from ‘barrett.digital’ on Instagram gives Michael B Jordan an intricately designed Val-Zod costume in the style of the DCEU. The lighter blue, silver cape and red details certainly makes this Superman cape stand-out from the typical costumes worn by Henry Cavill and other stars over the years. Take a look at the art below.

Would you like to see Michael B Jordan step into a Superman costume for J.J. Abrams’ new reboot? Who else do you think could fill the Kryptonian boots? Sound-off in the comments below!

Zack Snyder’s Justice League is now available on HBO Max. Stay tuned for the latest news regarding Michael B Jordan, Henry Cavill and the Superman reboot from JJ Abrams and Ta-Nehisi Coates, and make sure to subscribe to our YouTube channel for more content!