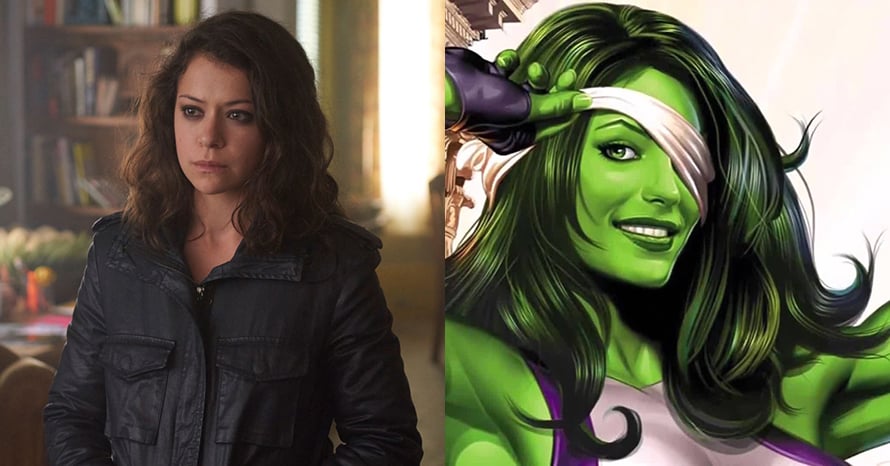 A concept design sees Tatiana Maslany step into an impressive Avengers uniform for her role in the She-Hulk Disney Plus series.

Work has yet to begin on Tatiana Maslany’s She-Hulk series, but since most heroes in the Marvel Cinematic Universe quickly don a uniform of some kind, it seems silly to suggest that Jennifer Walters wouldn’t also get a new outfit to match her abilities. Especially since her cousin, Bruce Banner, is a member of the Avengers and could get her kitted out with some enhanced crime-fighting gear, for whenever she’s not in the courtroom at least.

This design from ‘christ_ave41’ puts Tatiana Maslany in a practical She-Hulk costume for the upcoming Disney Plus series. Not only does it utilize a modern take on Jennifer’s revealing purple and white comic outfits, but with the neat addition of the Avengers symbol on her shoulder. Kevin Feige recently teased the comedic elements of the series, which will eventually debut on Disney Plus. Take a look at Tatiana Maslany in her Avengers uniform for She-Hulk below.

What do you make of the She-Hulk fan art? Are you excited to see Tatiana Maslany lead the series? Sound-off in the comments below!

She-Hulk is currently slated for a 2022 release on Disney Plus. Stay tuned for all the latest news on the Avengers, Tatiana Maslany, She-Hulk and the rest of the Disney Plus projects, and be sure to subscribe to Heroic Hollywood’s YouTube channel for more original content!