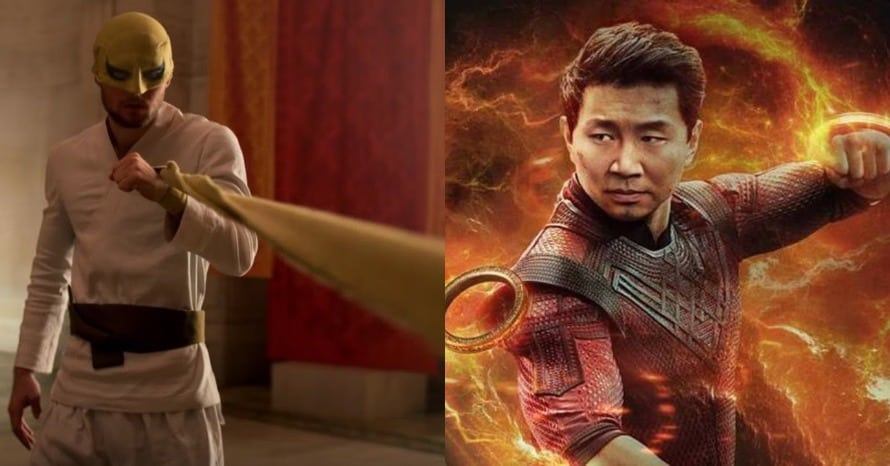 Shang-Chi star Simu Liu recalled an awkward encounter he had with a fan cosplaying as Iron Fist.

Simu Liu has been promoting his Marvel Cinematic Universe (MCU) film Shang-Chi and the Legend of the Ten Rings, and in much of his journey on the press circuit, he’s had the opportunity to meet with fans excited to see the first Asian-led superhero film in the MCU. As one could imagine, Marvel fans are quite passionate, but sometimes things can get awkward – especially if you decided to dress up as Iron Fist.

In an interview with BBC Radio 1, Simu Liu was asked about some of the fan interactions he’s had while promoting Shang-Chi. Naturally, much of the fan response – particularly from Asian audiences have been cathartic, but an awkward encounter he had with an Iron Fist cosplayer caught him by surprise:

Simu Liu’s sentiment that the cosplayer should’ve “read the room” reflects something quite fascinating. Iron Fist was introduced as part of Netflix’s shared Marvel Universe of TV series alongside Daredevil, Jessica Jones, Luke Cage, The Punisher and The Defenders. Actor Finn Jones portrayed the Immortal Iron Fist in the series, which was derided by critics and fans alike, with some expressing disappointment over the series missing out on an opportunity for quality Asian representation.

Marvel fans that felt disappointed by the portrayal of martial arts action in Iron Fist now have a new MCU film that not only features some incredible hand-to-hand combat, but also an authentic presentation of Asian identity rarely seen on the scale of a superhero film. In regards to Shang-Chi, Simu Liu’s future in the MCU looks bright, and whether or not Iron Fist may be implemented in the future remains to be seen.

Stay tuned for all the latest news on the future of Shang-Chi, Iron Fist and the Marvel Cinematic Universe, and be sure to subscribe to Heroic Hollywood’s YouTube channel for more original video content!