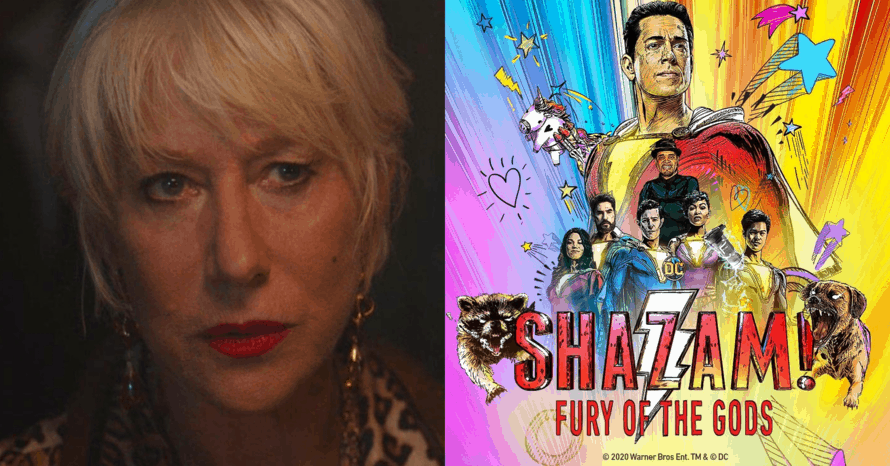 Shazam! Fury of the Gods star Helen Mirren has shared her excitement about playing the villain in the upcoming DC flick.

Very few esteemed actresses like Helen Mirren ever make their way onto genre film sets but when they do, the results are spectacular. The non-nonsense serious actor Helen Mirren first turned heads when she appeared in the Fast and Furious franchise as Deckard Shaw’s mother. She’s set to reprise her role for this summer’s F9 as well, proving that independent actor has a place in mainstream Hollywood productions. Mirren will soon be joining the DC Extended Universe as Hespera in the upcoming Shazam! Fury of the Gods.

When asked about her upcoming role as the villain in Shazam! Fury of the Gods in an interview with Access, Mirren shared the excitement she felt over the role, claiming that this just might be one of her first villain roles in a nearly 5-decade long career.

“I actually haven’t played a lot of villains. I think [Hespera in] Shazam might be the first one I’ve played!”

Mirren continued the interview by saying that she thinks the experience will be “very fun”, confirming that she hasn’t begun filming for the DC project as of yet. Details are slim on Shazam! Fury of the Gods but it’s expected that Helen Mirren’s Hespera will be joining up with Lucy Liu’s character to wreak some considerable havoc for the Shazam family!

Here is the official synopsis for the Shazam! movie:

The film is now available on Digital HD, 4K Ultra HD, Blu-ray, and DVD. Stay tuned for all the latest news regarding Helen Mirren and Shazam! Fury of the Gods, and be sure to subscribe to Heroic Hollywood’s YouTube channel for more original video content!